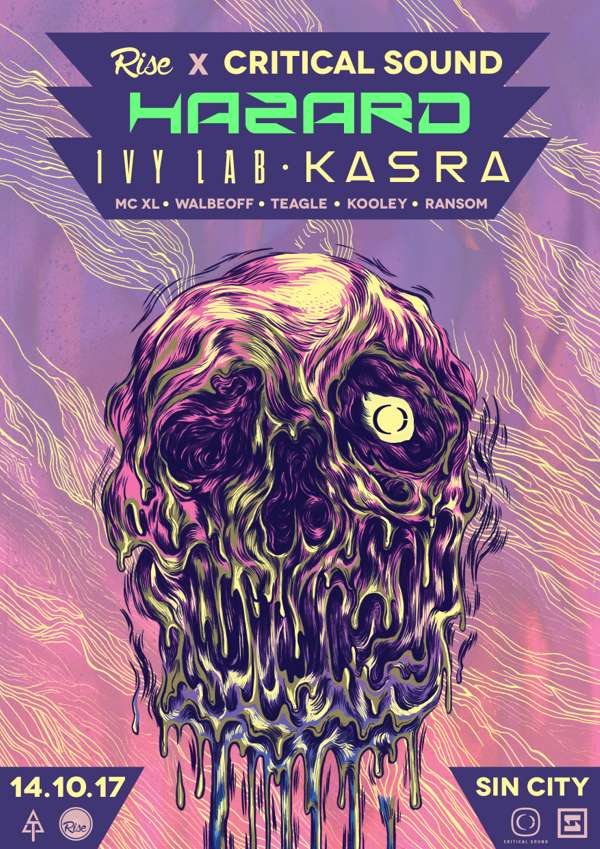 Boasting a crew comprising of both recently established and veteran talent; the individual Ivy Lab members have enjoyed a rich vein of success, for some of them dating back a decade and spanning feats ranging from remixing the Mercury nominated Kate Tempest, to engineering and remixing for Goldie, to soundtracking for American History X director Tony Kaye.

Ivy Lab head into the horizon not only with an anchored presence at the cutting edge of the bass-music landscape, but also a secured reputation as pioneering label bosses & event promoters in ownership of one of the UK’s most exciting contemporary music brands.

Kasra founded the Critical Music label, a drum and bass label based in London that is widely regarded as being at the forefront of the modern underground scene.

A passionate curator and DJ, he has grown the label from humble beginnings to one of the most respected imprints in the genre. Expect a very deep, technical set from this man, a true powerhouse on the decks.

Rise started as a simple idea between two mates. We wanted more Drum & Bass in Swansea, but mainly Drum & Bass that hadn’t been done here before. This led to us organising our first event where we brought Kove to Sin City. What we thought would be a fairly quiet start to our brand turned in to the club hitting capacity and having 700 ravers skanking until the lights came on.

With this immediate success, we knew we couldn’t stop there. 2 years later, we’ve brought down some of the biggest names in the scene, from High Contrast to Dub Phizix. We’ve given support to local DJs, worked with clothing brands and various artists from around Wales.

Join us and become a member of the fastest growing community in Swansea;