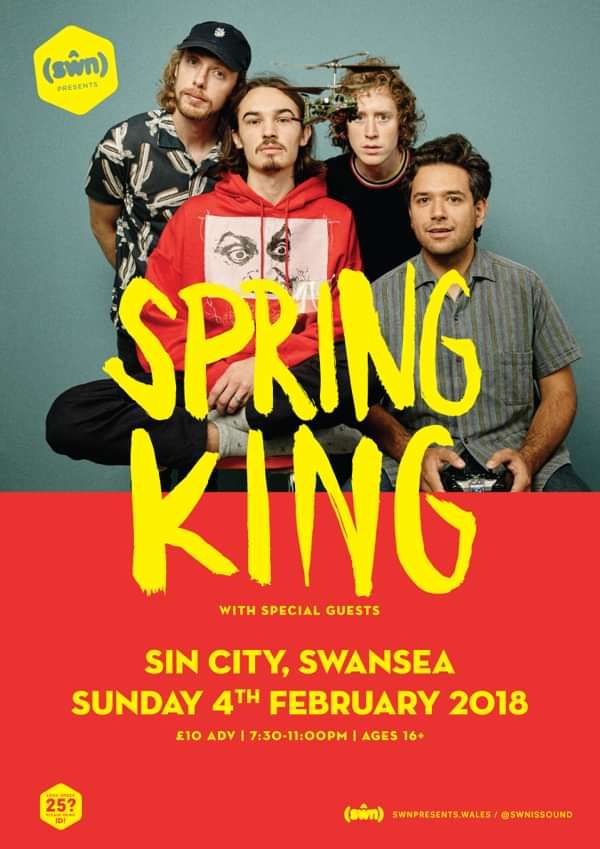 Swn and Sin City are proud to present...

One of the most exciting new UK bands, Spring King’s in-your-face eye-catching live presence is not to be missed. Their debut album ‘Tell Me If You Like To’ has been described by Clash Magazine as “Raw, rambunctious, rollicking and rowdy, Spring King’s debut offering is further proof that the future of rock ’n’ roll is achingly thrilling” For fans of The Clash, Ty Segall and Black Lips the band that launched Beats 1 when Zane Lowe played ‘City’ and recently made their TV debut on the BBC’s Later With Jools Holland, have played worldwide including CMJ, SXSW, Radio 1’s Big Weekend, The Great Escape and support tours with Slaves & Courtney Barnett.

The Observer – ★★★★ “The music has plenty of sticky-floored fun, hinting at everything from surf rock to Springsteen, Foals and Fat White Family” DIY Magazine ­– ★★★★ “’Tell Me If You Like To’ ticks every box required. A rabid, gutsy blueprint for the future, Spring King’s debut is one to embrace.”