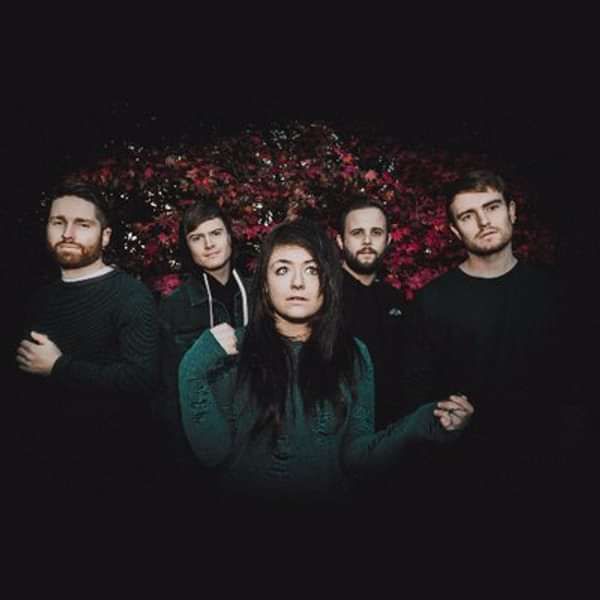 For the last few months, a song has been bouncing from playlist to playlist around the world, an old-school victory of word-of-mouth recommendations taken flight in the age of streaming. Equal parts beauty and brutality, White Lies has so far racked up over a million plays on Spotify and well over 3.5million on YouTube, but for South Wales’ Dream State, comprising vocalist CJ Gilpin, guitarists Aled Evans and Rhys Wilcox, bassist Danny Rayer and drummer Jamie Lee, it’s only the beginning.

Formed in late 2014 in South Wales, Dream State signed to UNFD a few hours before playing Reading Festival for the first time in 2017. In the interim they developed a fierce following around the UK and beyond; 2015’s sharp EP Consequences hinted at what they were capable of but when White Lies landed (recorded in summer 2016 with Jonny Renshaw) it showed what the band were really capable of. “It’s about temptation, denial, hitting rock bottom and surrendering to yourself,” explains CJ. “There’s a line in the song – ‘Why won’t you give up?’ – that is really personal to me because I’m questioning myself as well someone close to me. I had to watch a person I love destroy themselves slowly over time and that line is for the both of us.”

Now backed with new acoustic and piano versions of the original track (recorded with Grumble Bee’s Jack Bennett), the light and shade afforded by these new renditions demonstrates the band’s musicality and creativity, as well as the sheer power of CJ’s voice. “White Lies is a naturally bold and aggressive song, so revisiting the track from a more delicate angle initially felt like we were moving against the grain,” says CJ. “Once we stripped things back, the more vulnerable elements started to shine through and guide us forward in the process! It brought about another dimension to the sound which was really interesting to explore and develop.”