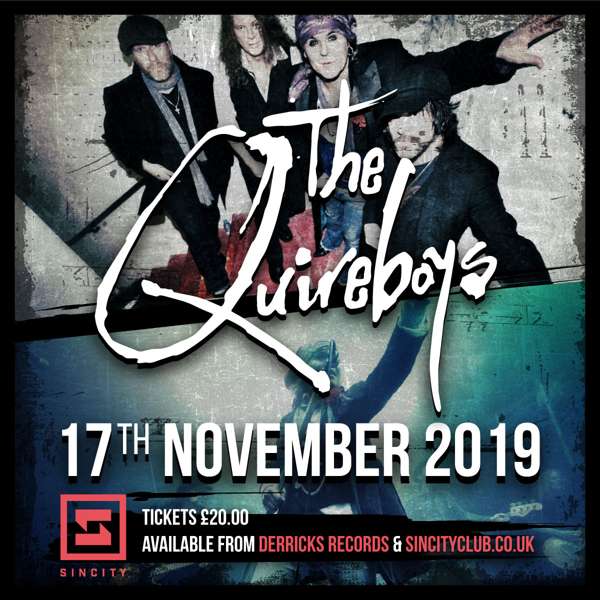 The public’s appetite for The Quireboys has returned and hasn’t waned since – 3 further studio releases (Well Oiled, Homewreckers & Heartbreakers, Halfpenny Dancer) were released on various labels, before the band found their new – and permanent – home on Off Yer Rocka – the label of the renowned festival brand Hard Rock Hell.

The Quireboys are certainly enjoying a revival – selling out venues around the world – with 2018 seeing them taking over The Monsters of Rock Cruise, HRH AOR VI, Sweden Rock and Stonedeaf festivals. 2019 will see a brand new studio album – their 12th – as part of a pledge campaign… so be a part of the never ending Quireboys party – as there’s no sign of Spike, Guy, Keith and Paul slowing down any time soon!