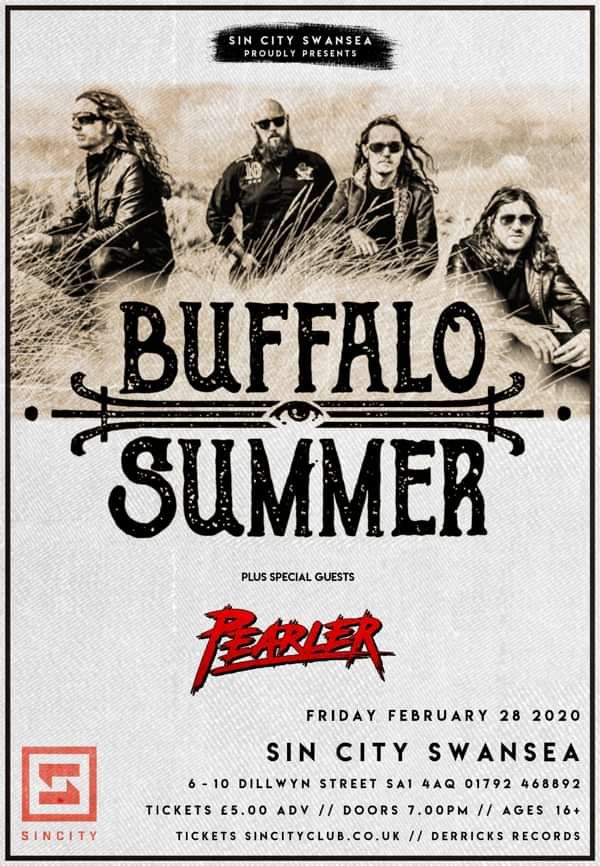 Swansea - Does it get any better than this!

Before heading out together on a UK Tour - Buffalo Summer stop by Sin City for a hometown show with tour support Pearler for a show that some are already describing as - 'on this February'.

You know what to expect already - but just in case... here' the breakdown...

Buffalo Summer sound like you hope and dream…big, bluesy, southern-tinged rock with riffs and melodies that refuse to leave your body or brain.

Hailing from Swansea, guitarist Jonny Williams, vocalist Andrew Hunt, drummer Gareth Hunt and bassist Darren King walk with giants in both action and attitude, evoking the days when classic rock such as Led Zeppelin, Free and Whitesnake strode stages like lions, yet with infusions of contemporary legends such as The Black Crowes, Alice In Chains and even a little dash of Jack White.

Remember the Greatest Nights of your Life, Your Greatest Ride, The Best Song you've ever Heard, The Most Amazing Meal you ever Ate, The Finest Trip you've ever Been on, The moment you saw the most Beautiful Creature You have Ever Seen, The greatest Pint You ever Drank......Then This Is The Band for You!!

Hailing from South Wales, Buffalo Summer are an “effortlessly up beat; groove-laden; sing along balls out rock n roll band.”

Freshly formed a couple of years ago, a lot has happened since the band’s inception. With an insatiable appetite and desire to make their mark, the band released their self titled album to critical acclaim in the national music press.

"A little Zeppelin here, a touch of Skynyrd there and a big helping of Free pretty much though out... What’s really impressive here is the hunger and conviction of the delivery"

In the live arena the boys bring the soul from the coal.

It’s why they have pulled some high profile support slots including Duff McKagan, Ugly Kid Joe, Skid Row with much more to come.

Its gonna be a long hot summer when the Buffalo rolls into town. Hold them horns tight... it’s gonna be a hell of a ride. 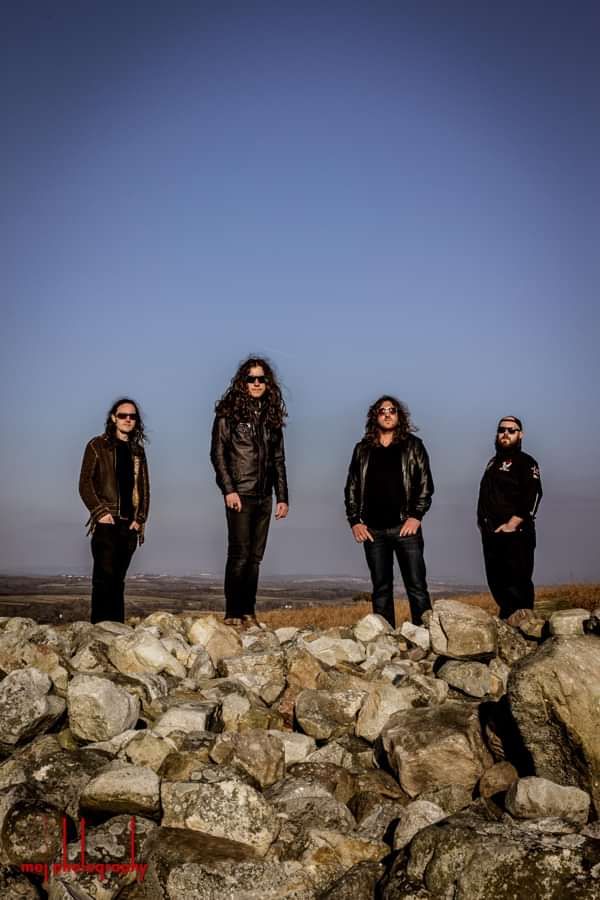