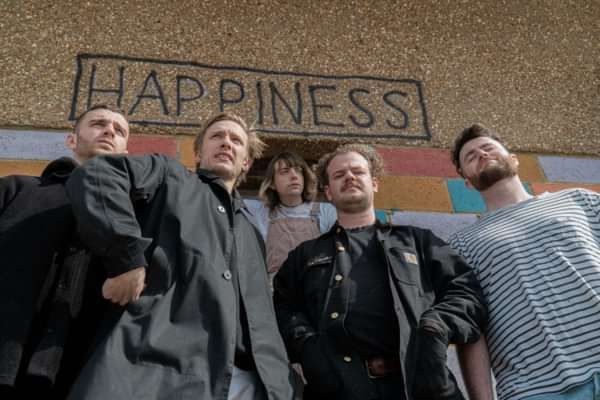 DITZ have been anything but predictable.

The quintet has released music irregularly, starting with a three-track EP in 2016 and then following on with a series of singles beginning in 2018. After the release of the EP, the band played constantly in their hometown and in London, honing their craft and growing together as a unit. The band waited almost two years before hitting the studio again to record their follow-up, 'Seeking Arrangement'. The track attracted the attention of the UK's independent press with features and praise coming from DIY, Loud and Quiet and So Young. As well as the media fuss, the band received plaudits from some of the UK's premier new punk bands, IDLES and Slaves. DITZ followed this track up with 'Gayboy', a more serious track about the self-perpetuating anger of bigotry. DITZ recently released 'Total 90' (Alcopop! Records) and a special reworking of Peaches 'F*ck The Pain Away'.

The band is most well known for an erratic live show influenced by the hardcore punk and noise rock of the 80s and 90s, which sets them apart from their peers in the UK post-punk scene. The music the band produces is often obnoxious and urgent, but with an acute sense of dynamic. Vast arrays of guitar effects infuse the punk sound with a more experimental approach, which reaches its freeform apex at the end of the band's set.