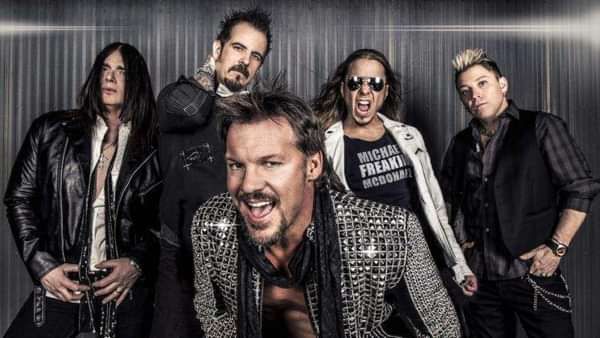 Chris Jerihco and friends will be in Sin City!!

Fozzy is an American heavy metal band formed in Atlanta, Georgia, in 1999 by lead singer Chris Jericho, lead guitarist Rich Ward and drummer Frank Fontsere, who are the longest-serving members of the band and have appeared on all band's releases, although Fontsere left in 2005 and rejoined in 2009. The band's current lineup consists of Jericho, Ward, Fontsere, rhythm guitarist Billy Grey and bassist Randy Drake. Jericho has characterized the band by saying, "If Metallica and Journey had a bastard child, it would be Fozzy."[1] As of October 2020, the band has released seven studio albums and one live album. Their first two albums consist of primarily cover songs with some original material, while their albums since have made original material the primary focus.