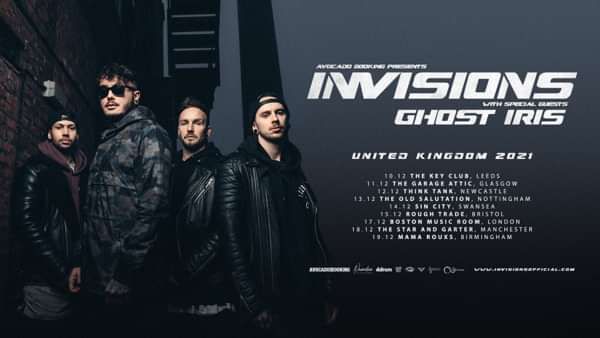 INVISIONS Head to Swansea as part of their UK Headline Tour.

InVisions is a Melodic Metalcore/Post-Hardcore band from York - North Yorkshire, UK. Started back in January 2016, when Ben Ville (vocals) approached Lucas Gabb (guitars) about starting a new project after the demise of their previous bands, then recruited Alex Scott (guitars) and booked a studio session for their debut single within a week. Drummer Josh Hardy soon joined after an introduction from the band’s producers Sam and Joe Graves from Innersound Studios. Their discography consists in a debut album 'Never Nothing' released in 2017, and a Full-length called 'Between You & Me' out early last year.